There are two main types of cinnamon sold in the market, Cassia and Ceylon Cinnamon. Do you know that both of them are healthy and effective in lowering blood sugar levels. However, one contains a toxin that is harmful if you eat too much of it.

At Ketogenius Kitchen, we will only source for the purest and safest foods for our customers.Therefore, we only uses Ceylon cinnamon in producing our Almond Cinnamon Crunchy Butter. Although Ceylon cinnamon is expensive. But, it's totally worthy as it contains all of the health-promoting properties of cinnamon with none of the toxic properties in it.

Ketogenius Kitchen Almond Cinnamon Crunchy Butter contains 3 simple ingredients only which are slow roasted almond, Ceylon cinnamon and sea salt. It is vegan and diabetics-friendly. It is 100% natural with no added sugar, oil and preservatives. Absolutely a cinnamon-lover must have to turn your plain toast and greek yoghurt into a perfect guilt-free dessert. If you are looking for antidiabetic agent product. You should get this too.

* Not applicable on major Sales day 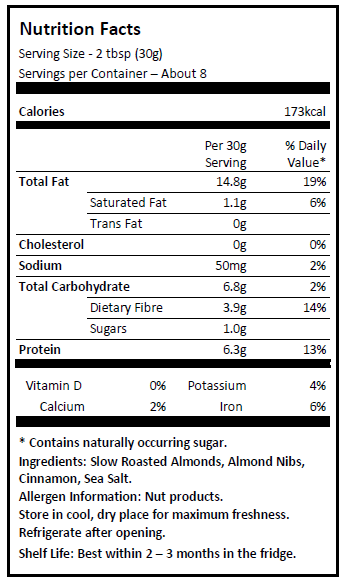